The Many Aspects of King Simon Productions: Do the Knowledge 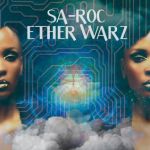 God Hop Confederation artist Sa Roc is taking pre-orders today on the digital version of ETHER WARZ . This means if you purchase the album now you get it at a lower price AND receive 2 joints from the album immediately. The entire album will be sent directly to your email on 12.20.11!

It’s time to weigh in!

Shyaam The Liberator explosive expose’ of the debauchery going on in the so called “conscious community. THE PEANUT GALLERY EXPOSED:

This part of Mental Liberation is ugly but someone has to do it, Shyaam The Liberator just has the gull and the heart to say what others won’t. If you don’t clean up your own then someone else will do it. The Mirror is being held up to reflect the coonery and buffoonery going on in the so called “Conscious Community.” This is the wake, the funeral, the Eulogy, and burial of the so called “Conscious Community.” Don’t miss this broadcast be sure to tune in!

Play in your default player Open in new window